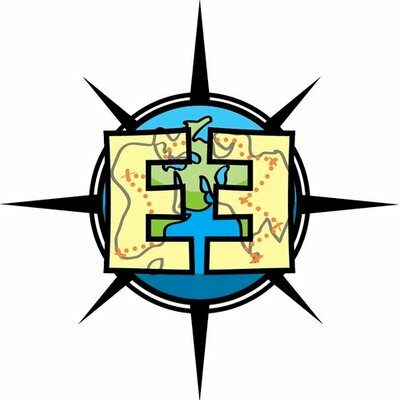 Earth Explorers has long had the slogan “See it, Believe it, Be it.” From the beginning, we’ve been committed to the idea that role models in STEM fields are a critical factor in determining whether or not students will go on to pursue a future in a STEM field. Without ever knowing a scientist personally, when your whole world feels light-years away from “that world,” becoming a scientist yourself can feel an impossibility, something other people do. With the introduction of even just one STEM role model, you can drastically increase the range of possible futures for students.

Our mission comes in two parts. We aim to provide our students with the role models that many have never met before: “real life scientists.” We recruit scientists that are energetic, excited about, and comfortable with talking to middle school students. We do our best to recruit women and those from diverse and immigrant backgrounds. Making sure our students see themselves in their Earth Explorers Scientists is critical towards advancing our goal of helping our students see themselves as potential or future scientists, engineers, filmmakers, and more. The second part of our mission is to help our students work through a project that requires the development of skills that will help them succeed in a collegiate academic setting. If the first step is getting students to see themselves as future scientists, the second is helping them develop the skills they’ll need to make that vision a reality. 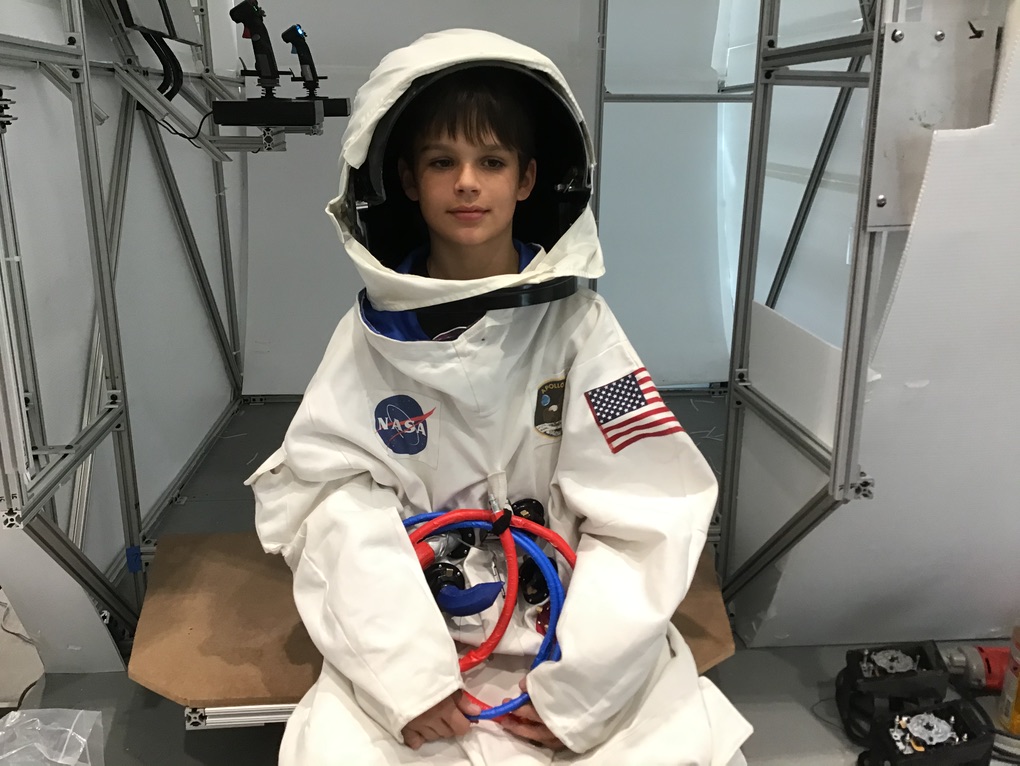 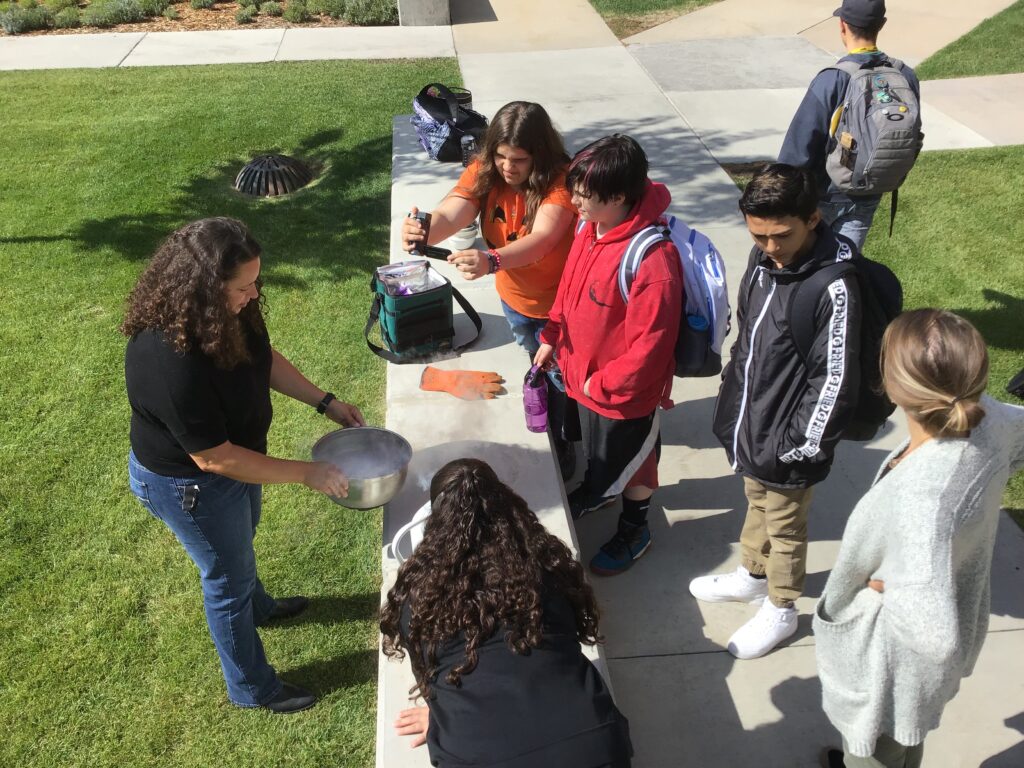 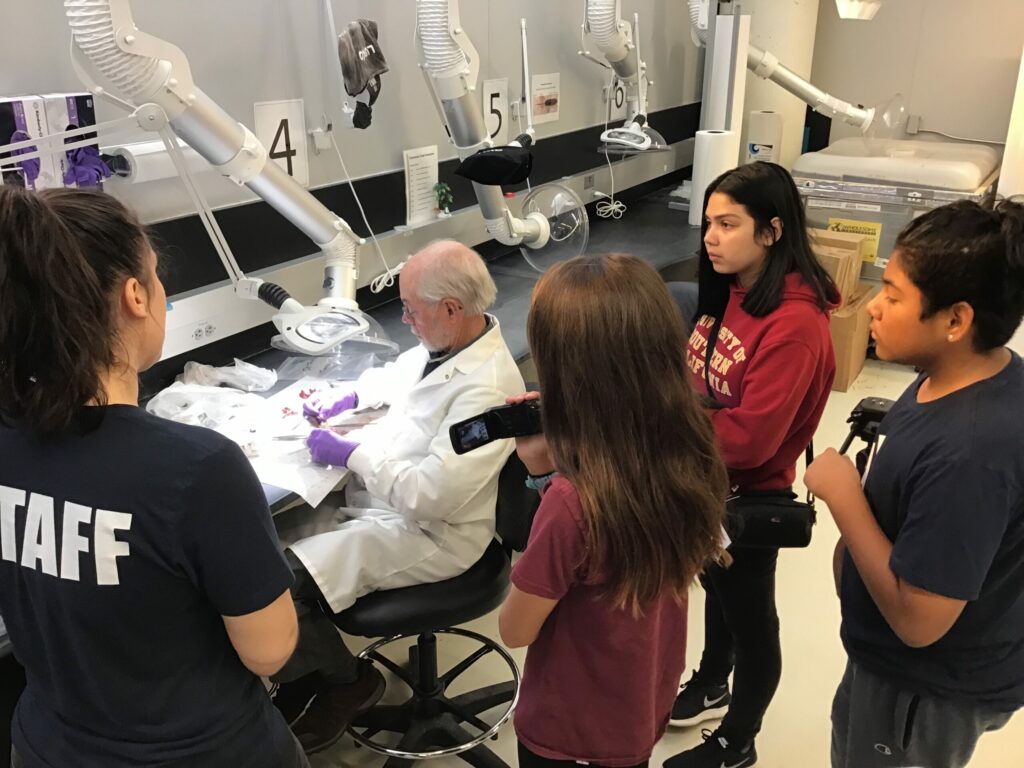 The Details: A Typical Semester

During a typical Earth Explorers semester, teams of four or five students work together to make a short film about a local scientist or engineer. These films can be anything and everything from silly superhero capers about atmospheric chemistry to pseudo serious documentaries about lasers. Past films have featured talking plants, time travel, near misses with natural disasters, and lots of espionage and superhero scientists. Student teams spend an entire semester working on their films and interact with their scientists directly four times over the course of the semester.

Students are first introduced to their scientists via short personal bios that introduce the scientist and their personal interests as well as the basics of their field of study. Students individually rank their interests and are put into teams with an Earth Explorers Scientist accordingly..

Student teams initially meet their scientists digitally via video conferencing software. Students are able to chat with their Earth Explorers Scientist and ask some initial questions. This session is critical in both helping students feel comfortable around their Earth Explorers Scientist and giving them a basic understanding of their scientist’s research. After this virtual meeting students work on drafting their interview questions and develop their camera skills. 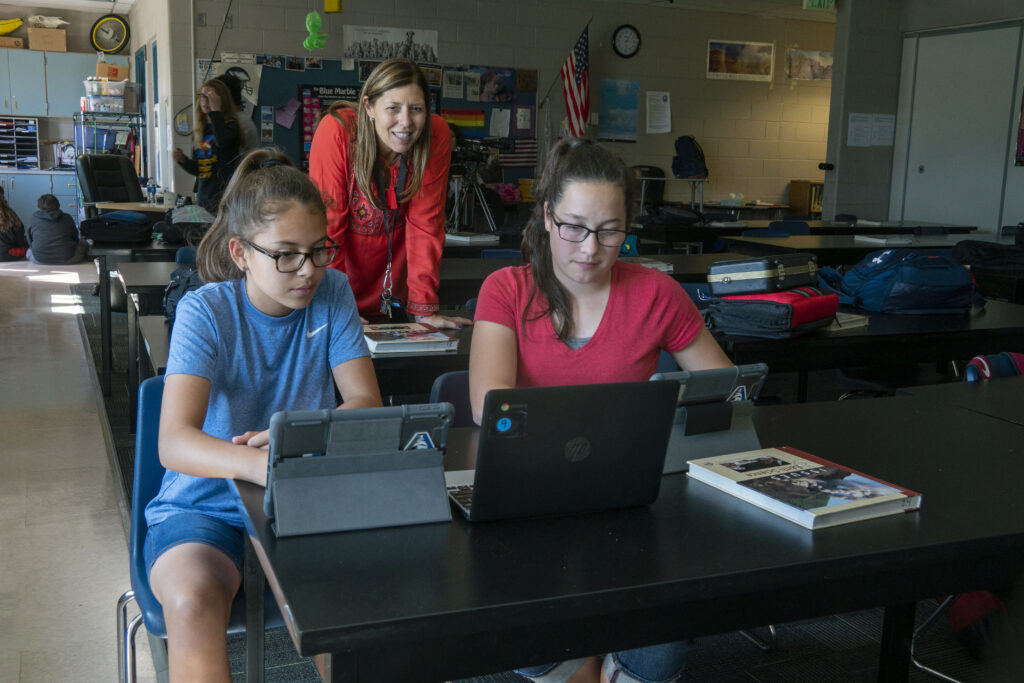 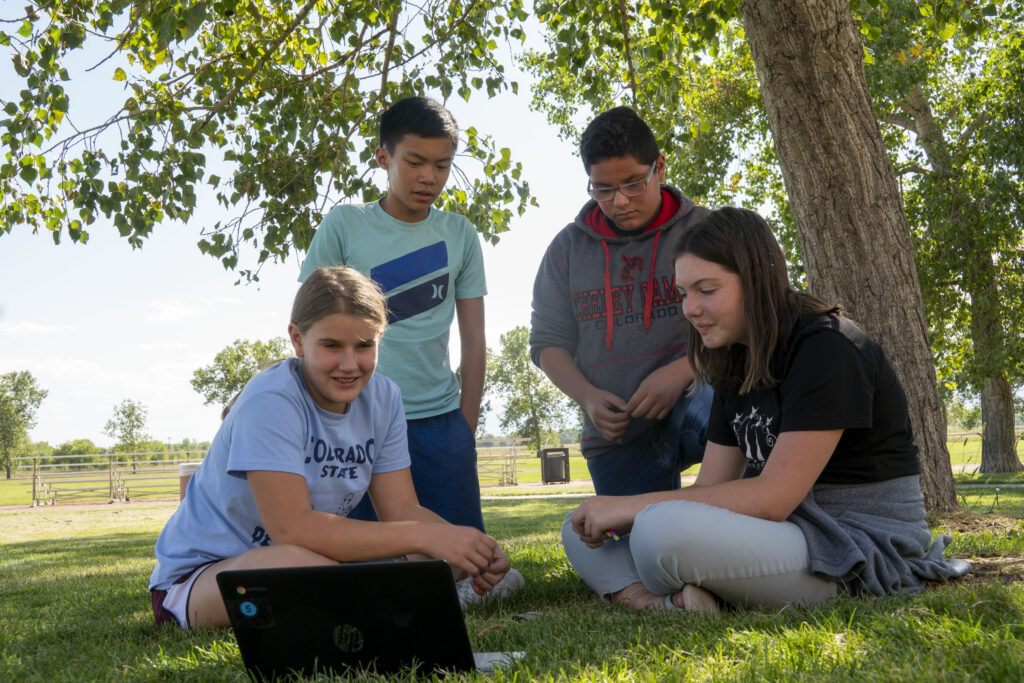 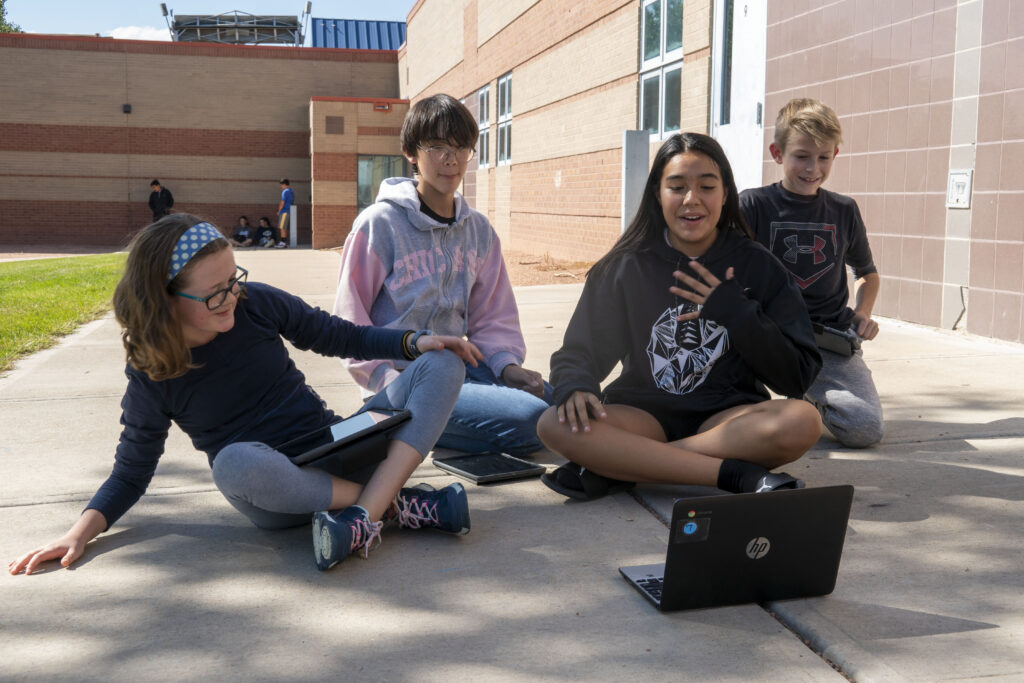 The next student-scientist interaction comes in the form of a lab visit and interview. Students are given a tour of their Earth Explorer’s Scientist’s lab and conduct an on-camera interview. This visit is critical because it is the first time students get to see the lab environment in-person. It allows them to start imagining ideas for their films. Additionally, the interview footage they capture on this visit often serves as the backbone of their films. Once back in the classroom students capture their footage and brainstorm ideas for their film. They learn about storyboarding, writing scripts and shot lists, and planning out the arc of their film. Students must pitch their ideas to their teachers and an Earth Explorers Videographer to get feedback and hone their stories. 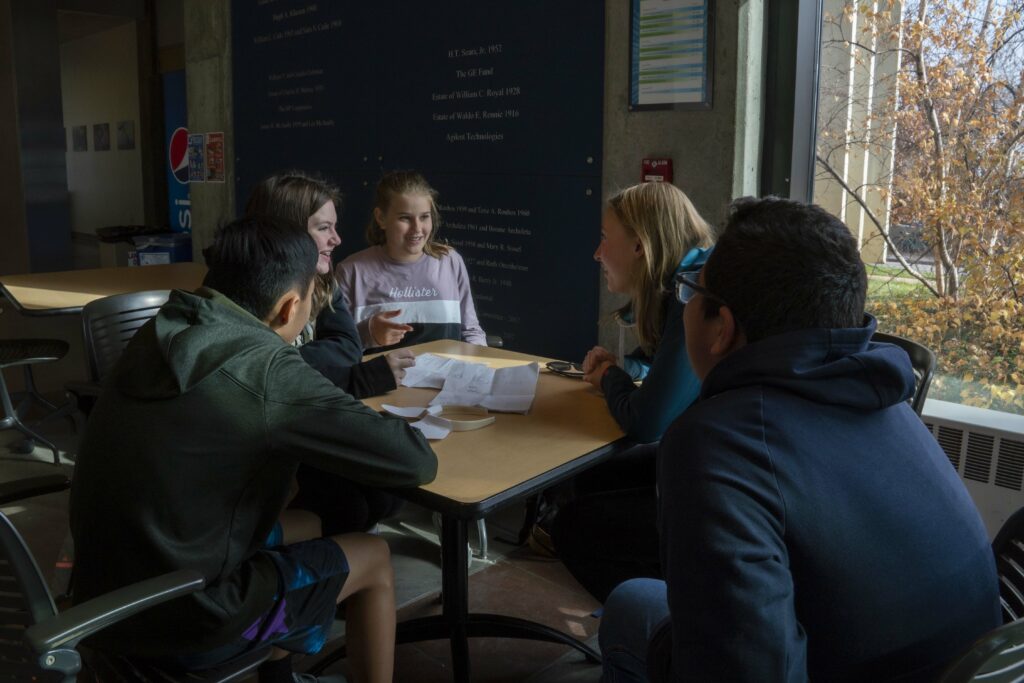 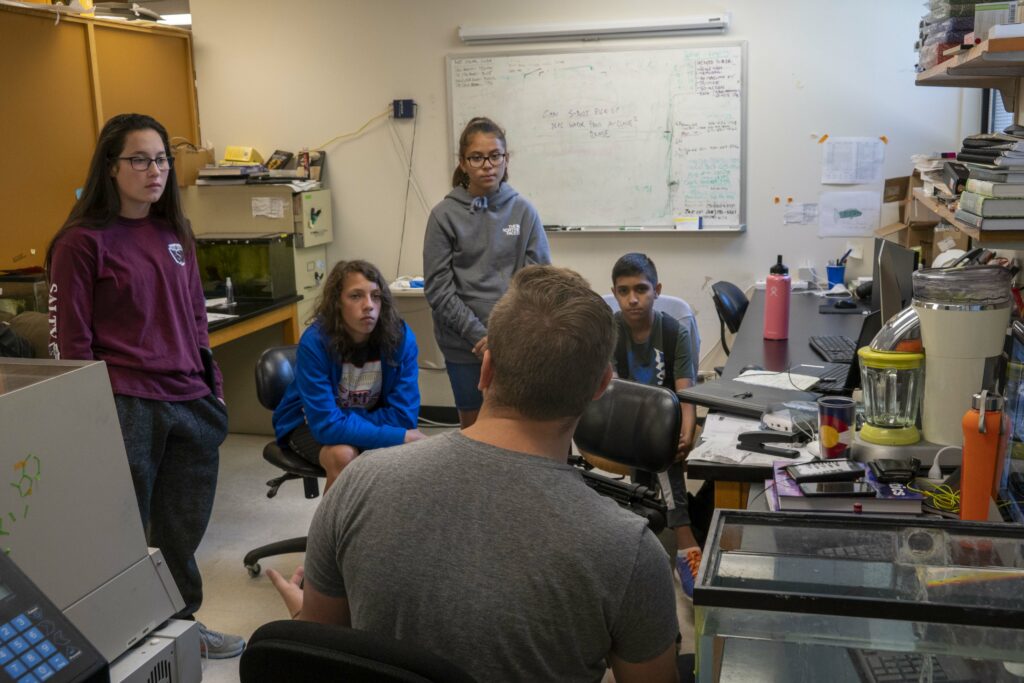 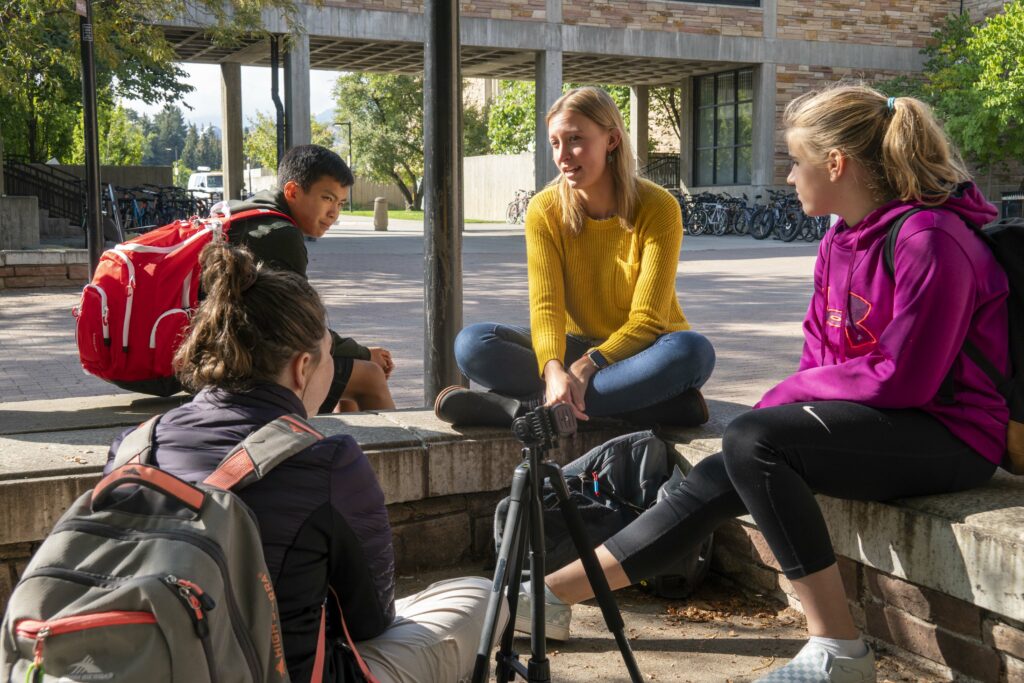 The day students meet with their Earth Explorers scientists to finally film their “action scenes” is one of the most exciting days of the semester. This is the day that each team gets to film their scientist, and often themselves, in action. They’ve worked hard to develop a story and list of sequences they’ll need to shoot in order to successfully complete their film. If you happen to be on campus these days you might see a professor running through the halls in an outlandish costume yelling about chemistry spies while being chased by middle school students with a camera and tripod. These are fun days. 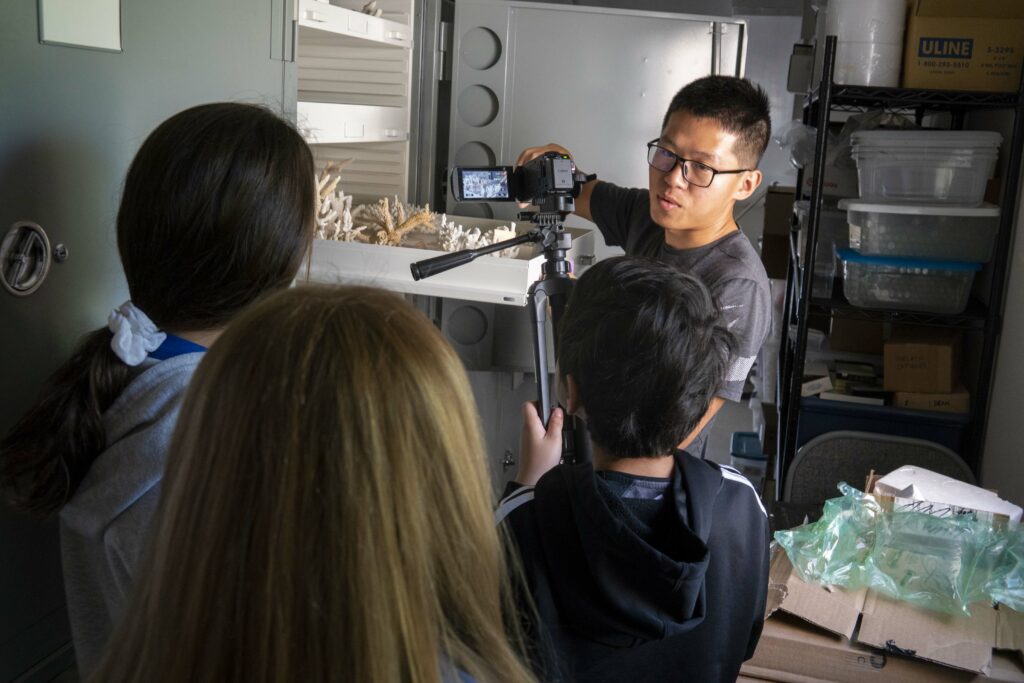 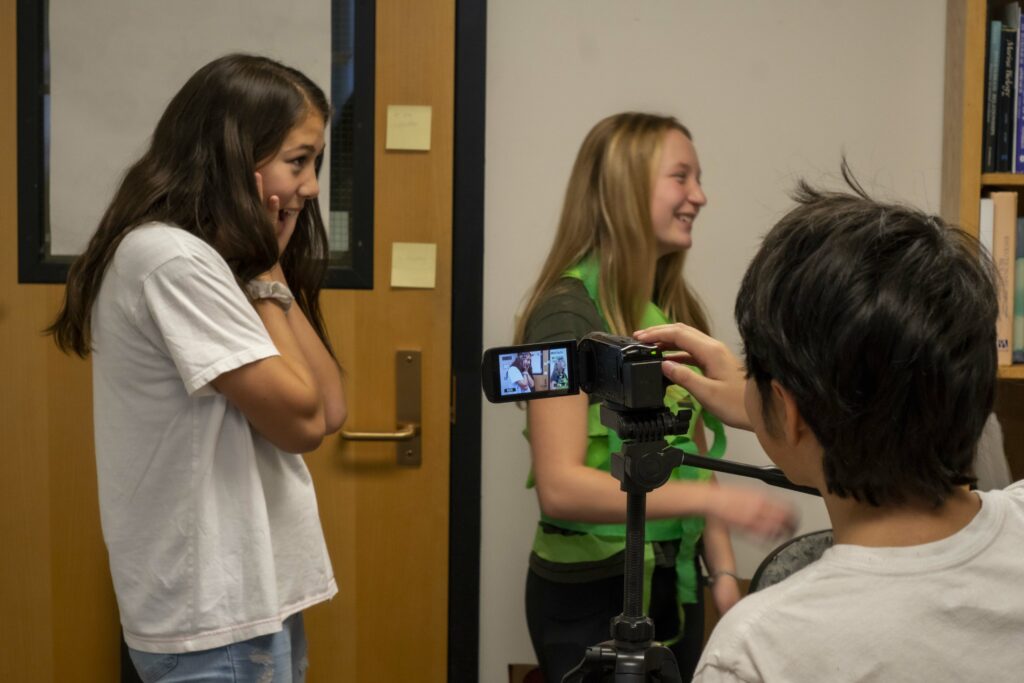 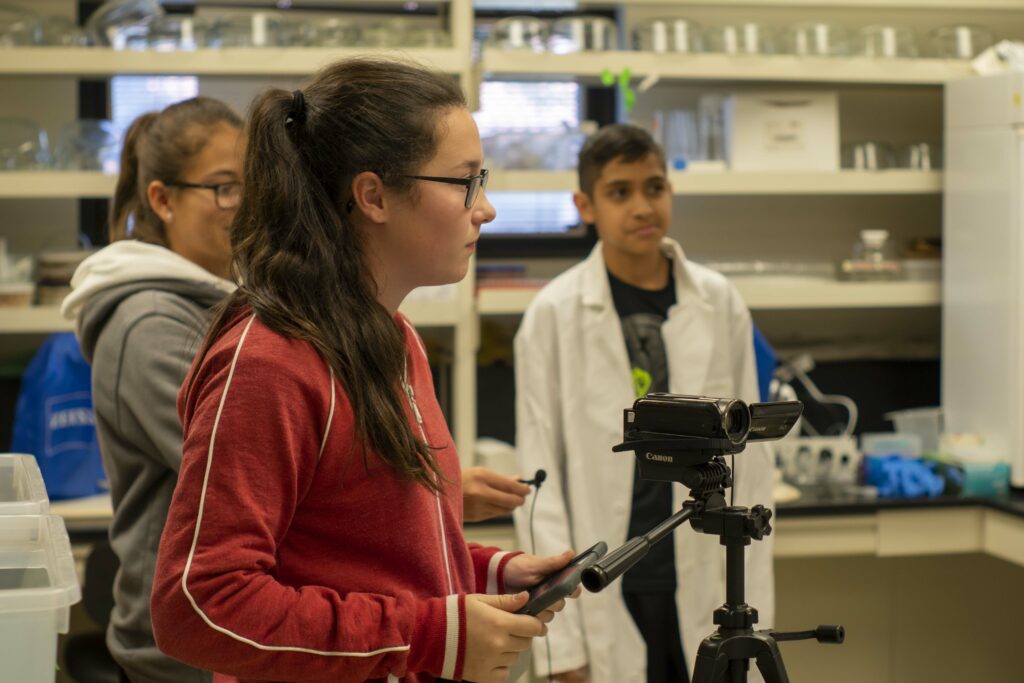 After the final filming session is complete, students edit their footage down to a five- to eight-minute film. This process is difficult. Each team has four to five students from diverse backgrounds with diverse skill sets and diverse opinions on the direction of the film. The editing process is an area that highlights some of the “soft skills” that our students learn over the course of the semester: communication, negotiation, grit, determination, patience, and teamwork. 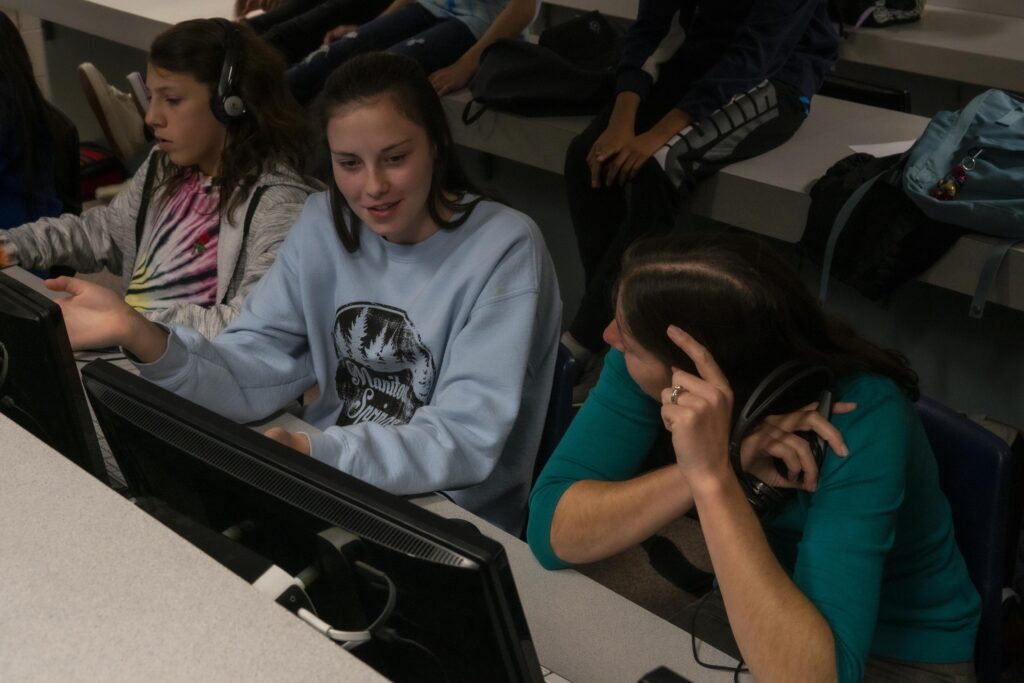 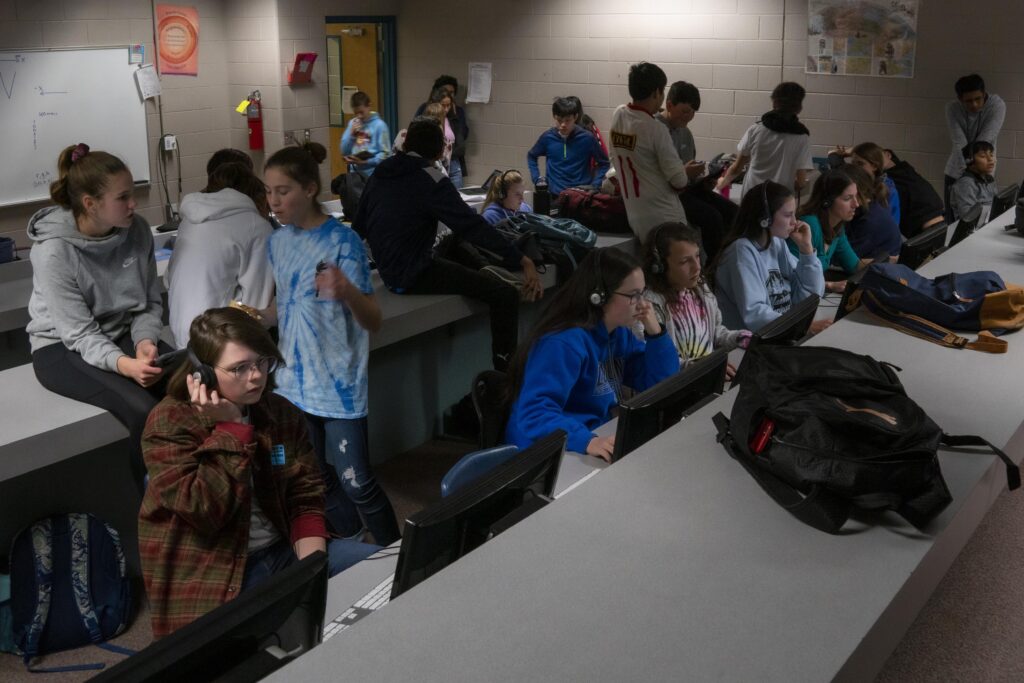 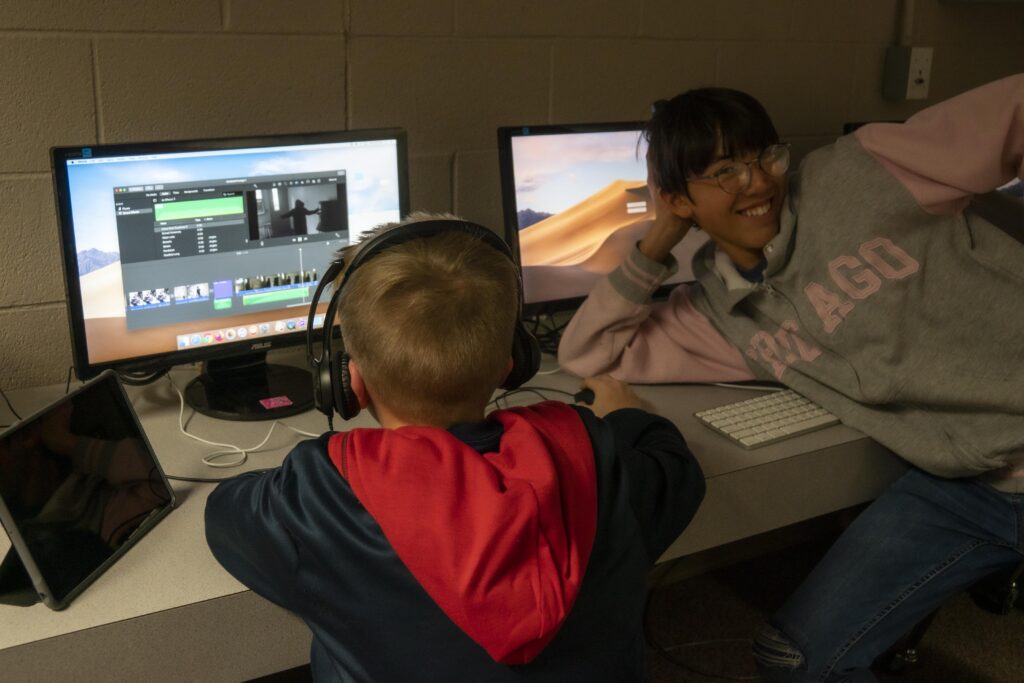 The semester ends with a premiere in their auditorium. Families, friends, teachers, students, volunteers, and scientists all attend the celebratory event. A few awards are presented and students give short speeches to introduce their films. This is an exciting event and opportunity for students to present the fruits of their labor to their Earth Explorers Scientist, family, and school community. 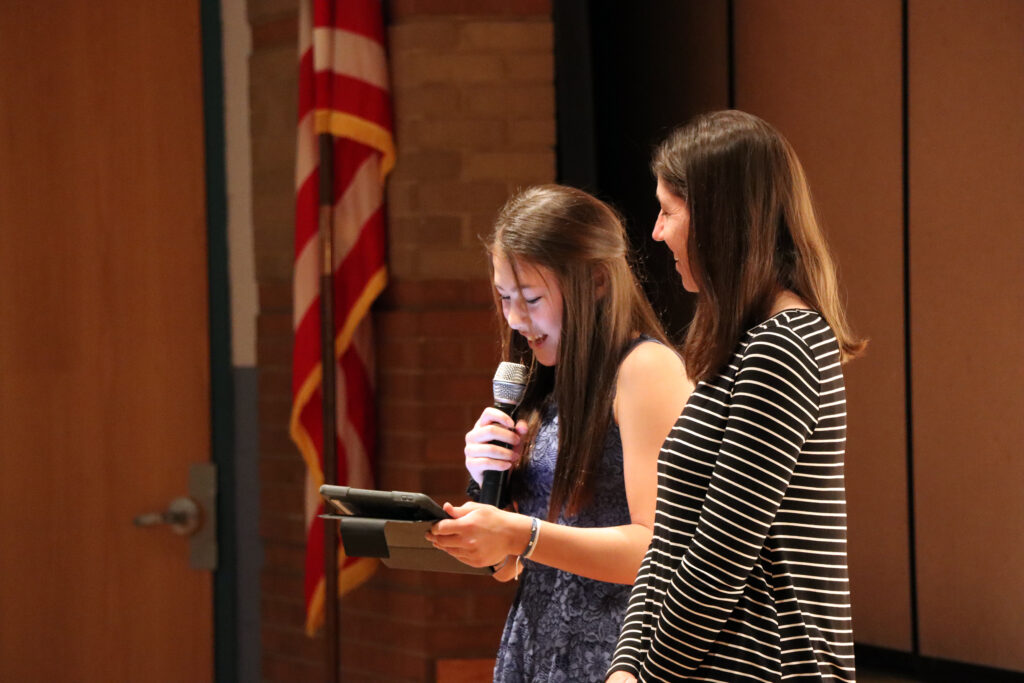 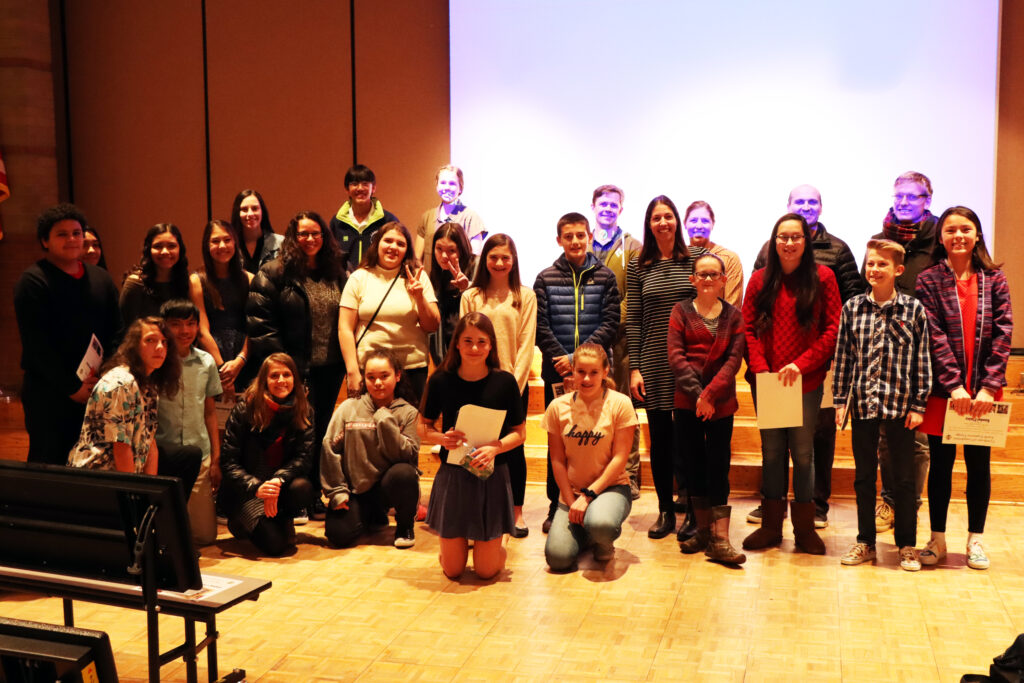 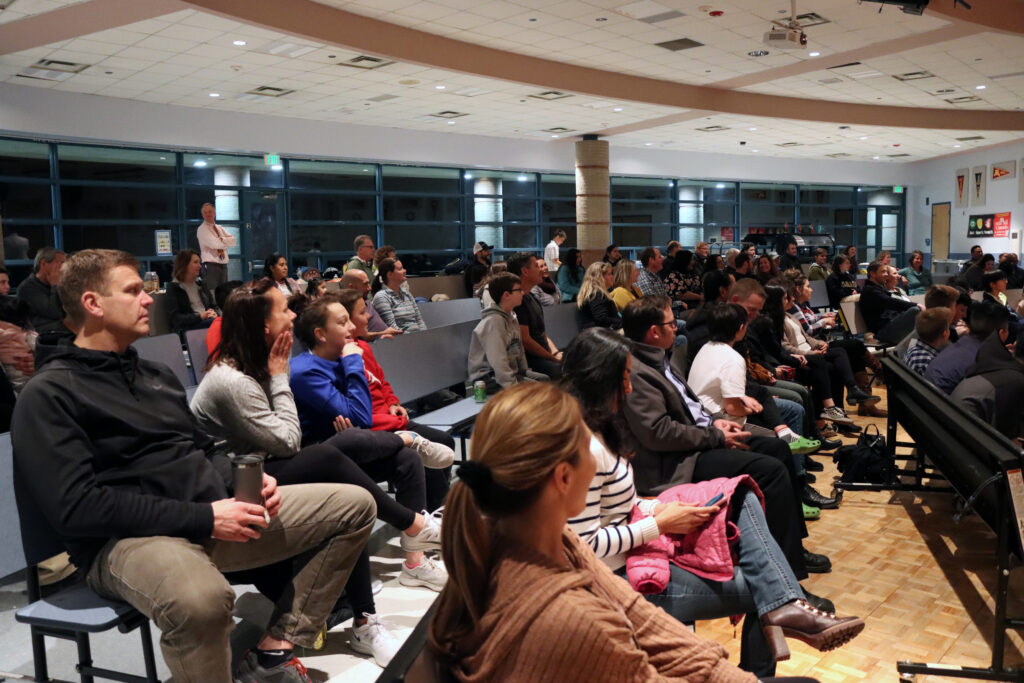 Take a peek behind the scenes of an Earth Explorers semester